The Legacy of Falcon Ridge by D.L. Roan

The book every Falcon Ridge fan has been waiting for is almost here!

As Dani and Clay plan their happily ever after, the McLendon family prepares to say goodbye to one of their own, and pass their legacy of unconditional love to the next generation. Grab a box of tissues and some chocolate, and take one final journey to Falcon Ridge in this heartwarming and passionate conclusion of the McLendon Family Saga. 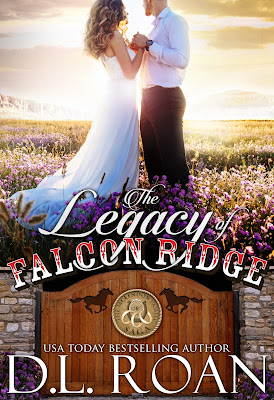 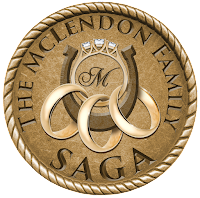 A third-generation rancher, Dani McLendon is destined to become the first woman to ever manage her family’s ranch. Running Falcon Ridge is her birthright, her honor, her responsibility. It’s all she’s ever dreamed of doing, until a long-legged, cowboy-built Texan saunters into their barn with his dimpled smile and changes everything with a risky dare.

One of the most important lessons Clay Sterling’s father taught him about working with a high-spirited filly is to work with her, not against her. Clay’s wanted Dani since the moment he laid eyes on her. He needs her as a partner in his latest business venture, and he wants her in his bed. Convincing the spitfire of a cowgirl to take a chance on him will be the fight of his life. He’s ready to go all twelve seducing rounds, but his prize in the end may be more than he bargained for. Winning Dani McLendon may just cost him his heart.


Clay veered toward the barn, rounding the corner into the aisle just in time to see Dani teetering at the top of a twelve-foot ladder, trying to unscrew a lightbulb. “Whoa! Dammit!”

The ladder wobbled and Clay rushed to steady it.

“Helping me do what? Break my neck?”

“I’d say you were doin’ a fine job of that yourself.”

Dani began to descend the ladder, but he tightened his grip. “Go on.” He tipped his chin at the light fixture hanging from the rafters. “I won’t let you fall.”

Dani arched a brow. “I appreciate this whole Prince Farming thing you’re doing, but I don’t need your help.”

“Sure you do,” Clay insisted with a wink. “You’re just too stubborn to admit it.”

Dani tried to step down again, but Clay refused to budge. “Just change the damn lightbulb before I have to start spoutin’ stupid jokes about how many cowgirls it takes to do the job.”

Dani narrowed her eyes, and Clay did the same, trying to keep his grin from ruining the effect. Dani caved first and turned back to the ladder. She climbed the extra step she needed to reach the fixture, the new position giving him the best view in the entire fucking universe.

Jesus flying footballs! Encased in hip-hugging denim, her ass was pure perfection. He was swamped with the sudden urge to sink his teeth into the round, firm flesh, right at the crease at the top of her long, lean thigh.

“I meant, what are you doing here,” she clarified. “Perpetuating your bromance with my dads?”

“I can feel you staring at my ass,” she said with a sigh.

Clay reached down and adjusted himself. “That makes two of us,” he muttered.

Dani stopped what she was doing and looked over her shoulder at him. “You’re not even going to deny it, are you?”

“Hell, woman,” he swore as he swiped the sweat from his brow. “It’s right in front of me. I’m a bonafide red-blooded Texan. Of course I’m gonna look.”

Dani considered him for a moment, then turned back to finish the job. The new lightbulb secured, she descended the ladder, but when she reached the bottom, Clay held tight to the frame, keeping her caged between him and the rungs.

“My horse died,” he said after she turned around.

His heartrate picked up as he stared down into her whiskey-colored eyes. The urge to kiss her was stronger than ever. When she licked her lips, he tightened his grip on the ladder. The timing wasn’t right. When he did finally kiss her, he planned to do it thoroughly, with plenty of time to savor her.

“What?” she finally asked, her brows furrowed in confusion.

“That’s why I left the drone project last winter,” he explained. “My horse died.”

She chewed on the inside of her lip in the most adorable way as she studied him. “Are you bullshitting me?”

Clay nodded. “No bullshit, I swear. She’d been sick for a while, but took a turn for the worse shortly after I got here. I’d had her since I was sixteen, Dani. When I got the call that she wouldn’t last another day, I had to go.” He left out the part about Gypsy being his mom’s horse before she’d died. He wasn’t ready to share that part of himself yet, and she’d just have to forgive him when he finally did tell her.

Her skepticism faded and she looked away. “I’m sorry,” she offered as she ducked beneath his arm and escaped his trap, “but why didn’t you just tell me that?”

Clay crossed his arms over his chest and met her gaze. “I was trying to impress you.” That part was one hundred percent true. “I’m not accustomed to allowing personal issues to interfere with business. I didn’t want to give you the impression I wasn’t completely committed to what I do, not when I was about to offer you a job I desperately need you to accept.”

Dani scoffed. “Are you kidding me? I would have understood that explanation a hell of a lot better than the lame lie you fed me. What rancher wouldn’t?”

“It wasn’t exactly a lie,” he pushed to explain. “I did have a wind turbine freeze up on one of my sites in Idaho, but I blew it off, too.” He uncrossed his arms and walked over to her, taking the blown bulb from her hands and laying it on the workbench beside them. “I’m sorry I ditched you and ruined your project.” Being able to say the words directly to her, instead of leaving them on a voicemail he was sure she deleted without even listening to first, felt good. “If I had it to do over, I’d still have left. I owed it to Gypsy to be there to say goodbye, but I should have told you the truth.”

Her arms crossed over her chest, she looked everywhere but at him, staring down at her boots when she finally muttered, “Apology accepted.”

Dani’s arms fell to her sides with her incredulous sigh. “Your horse died.” She peered over at one of the horses stalled across from them, then walked over to a bale of hay and picked off a handful. “I could never hold that against you,” she said as she offered it to the dapple-gray mare. He didn’t have to ask if it was hers. As he joined her at the stall door, he could see the unique connection shared between horse and rider since the beginning of time.

“Silverado,” she said, and the horse’s ears perked up. “She was my twelfth birthday present.”

“Can we start over?” he asked, turning to gauge her reaction. He hadn’t meant to blurt it out, but he couldn’t wait another second to know where they stood.

She didn’t immediately respond. He reached out and ran his hand down the horse’s nose.

“What do you think, Silver girl?” she asked. “Should we give him another chance?”

Silverado bobbed her head, and Clay laughed out loud. “There you go. You can’t ignore good advice like that.”

Dani gave him a sideways glance, her beautifully bowed lips curling into an incredulous smile.

“Okay,” she said, “but I’m still not coming to work for you.” She stepped away from the stall and Clay grabbed her hands, lacing their fingers together.

“Fine. Have dinner with me instead.”

GET BOOK ONE FREE

USA Today bestselling Author D.L. Roan loves combining fantasy with the real world, giving her readers more than just a romantic story, but a true adventure in love. She writes about life: the good, bad, the silly things, the hard things, and everything in between.

"If I can give someone a break from all the chaos of their real life, make them smile, or turn a blah day into a fantastic one, then it's all been worth it." ~ D.L. Roan

She's a native Floridian, a rare breed in a land of snow birds. Scuba diving and hunting for shark's teeth on the beach are two of her favorite things. She loves rainy days, thunderstorms and is an avid dog lover. Yes, size matters. She hopes to one day add a big ol' floppy Great Dane to her family of hounds.

For exclusive details and free stories by D.L., visit her website www.dlroan.com and subscribe to her newsletter. She loves chatting with her friends and fans on Facebook. Check out the links in the back of her books for details about her secret fan group where she hangs out with her fans who get first dibs on all her sexy stories!


a Rafflecopter giveaway
Posted by Unknown at 7:00 AM 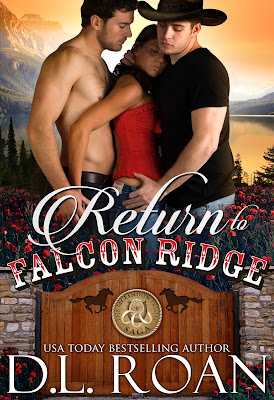 Torn between his first love…and a forbidden attraction he can no longer deny.

Jonah McLendon is no stranger to polyandrous love. Having grown up in a poly family, he didn’t think twice when his high school sweetheart, Chloe, revealed her secret desire for a ménage with his best friend. There was only one problem. He didn’t expect to fall for Pryce, too.

Beaten within an inch of his life after Chloe exposes their secret, and Pryce having been shipped off to a religious boarding school a half state away, Jonah tells the biggest lie of his life and leaves Falcon Ridge with his heart in pieces. When he returns a year and a half later, the last thing he expects to find is his best friend engaged to the girl who betrayed them both.

No longer the scared, confused kid he once was, Jonah is determined to get to the bottom of Pryce’s sham of an engagement, but the truth behind Chloe’s betrayal could change all their lives forever.

Have you read The McLendon Family Saga? 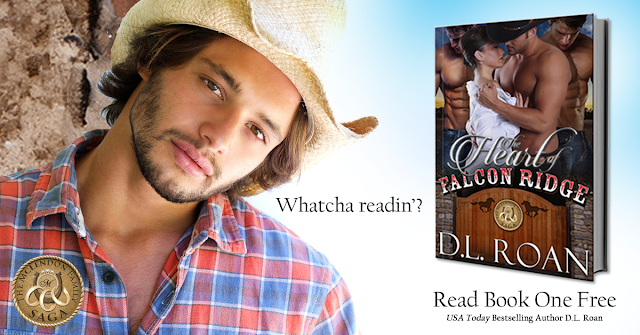 The Heart of Falcon Ridge
The McLendon Family Saga - Book 1

Click here to read an exclusive excerpt from
Return to Falcon Ridge.

Enter to win a Kindle Fire and 1 of 5 autographed copies of Return to Falcon Ridge!
Terms & Conditions: 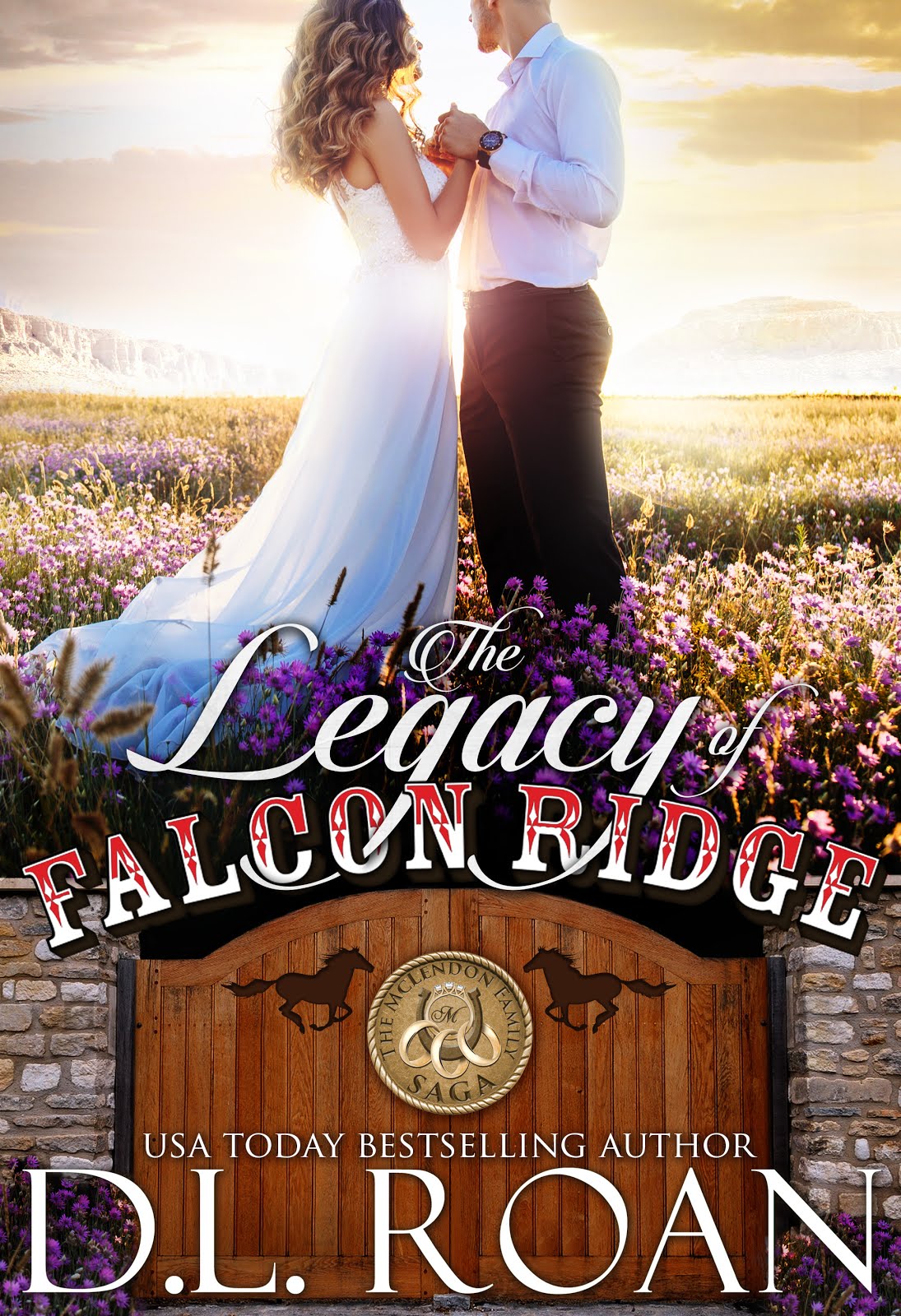 The Legacy of Falcon Ridge

FREE! For A Limited Time 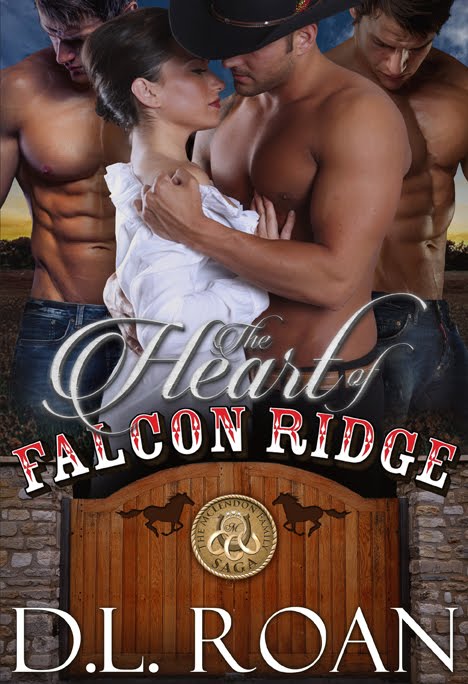 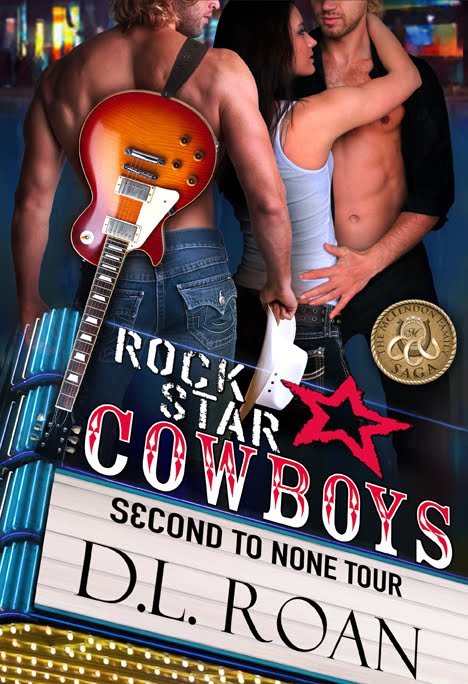 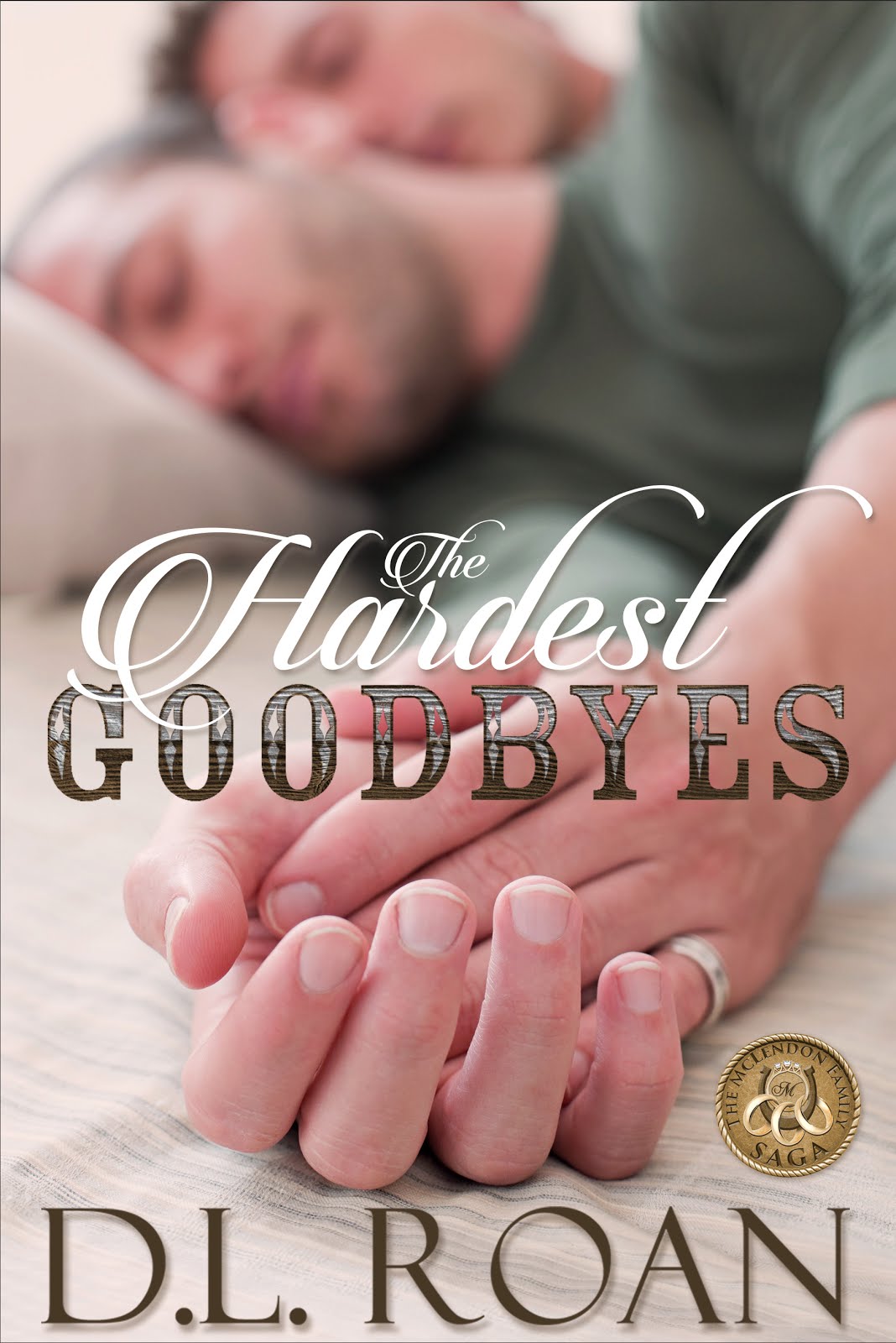 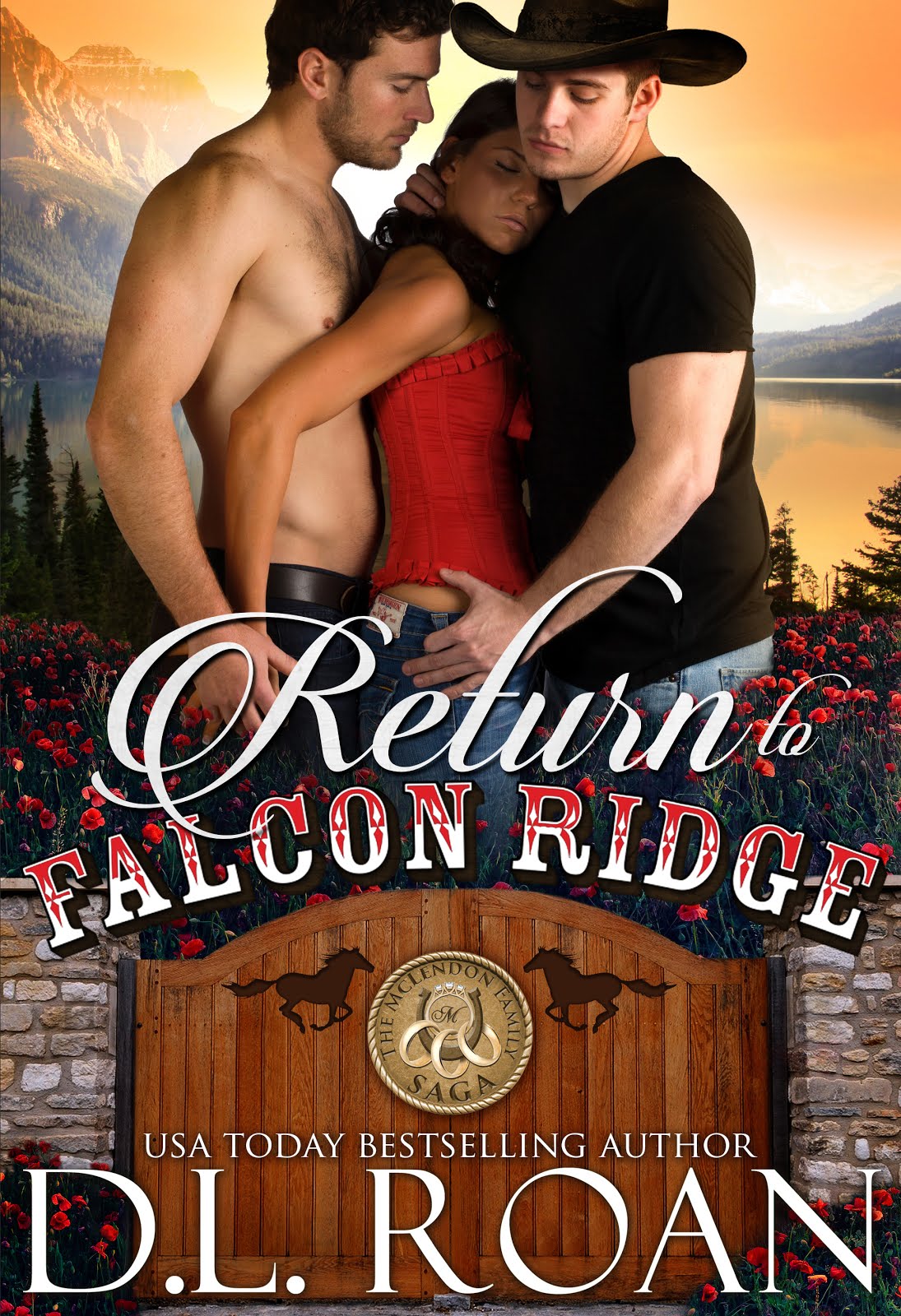 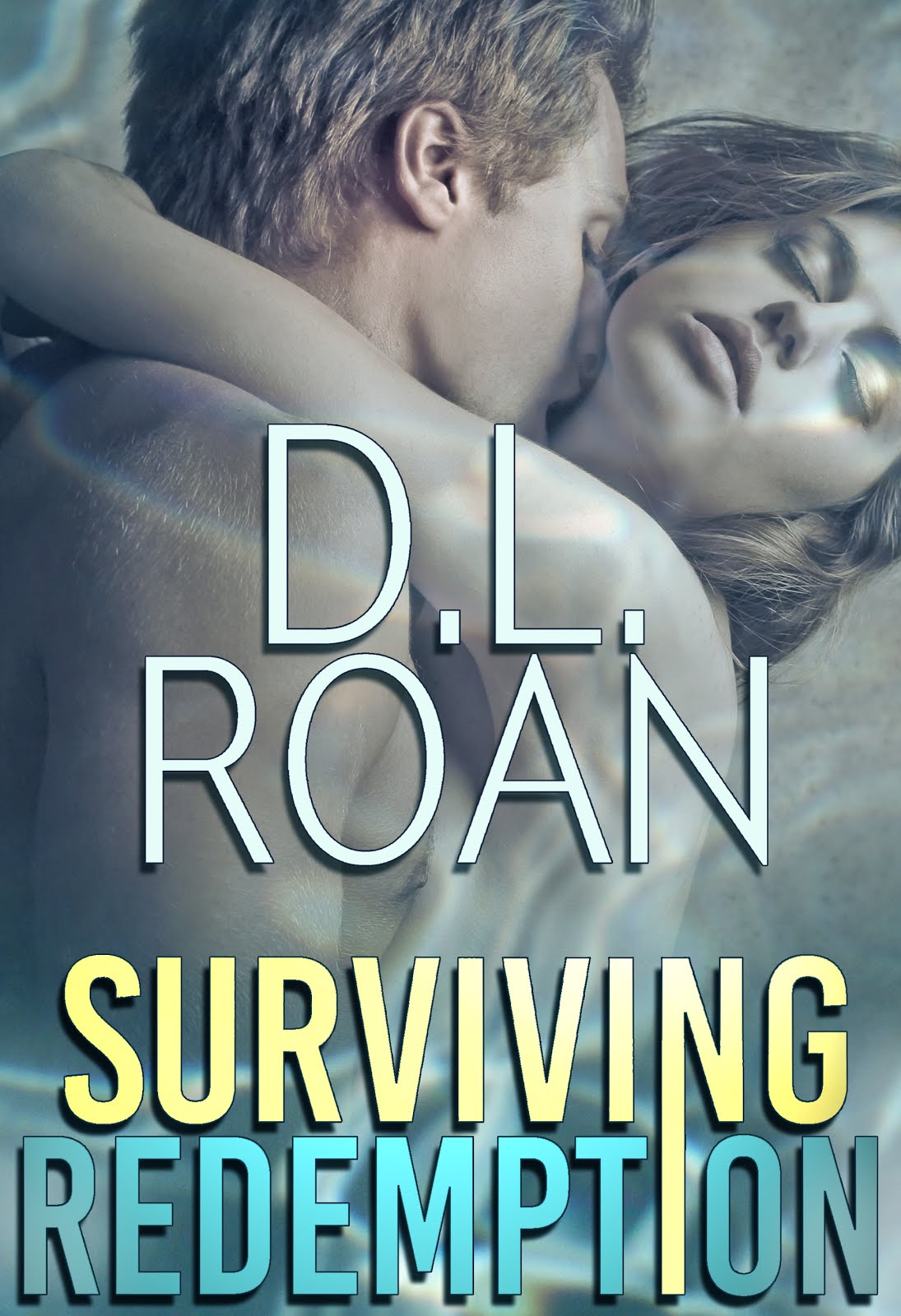 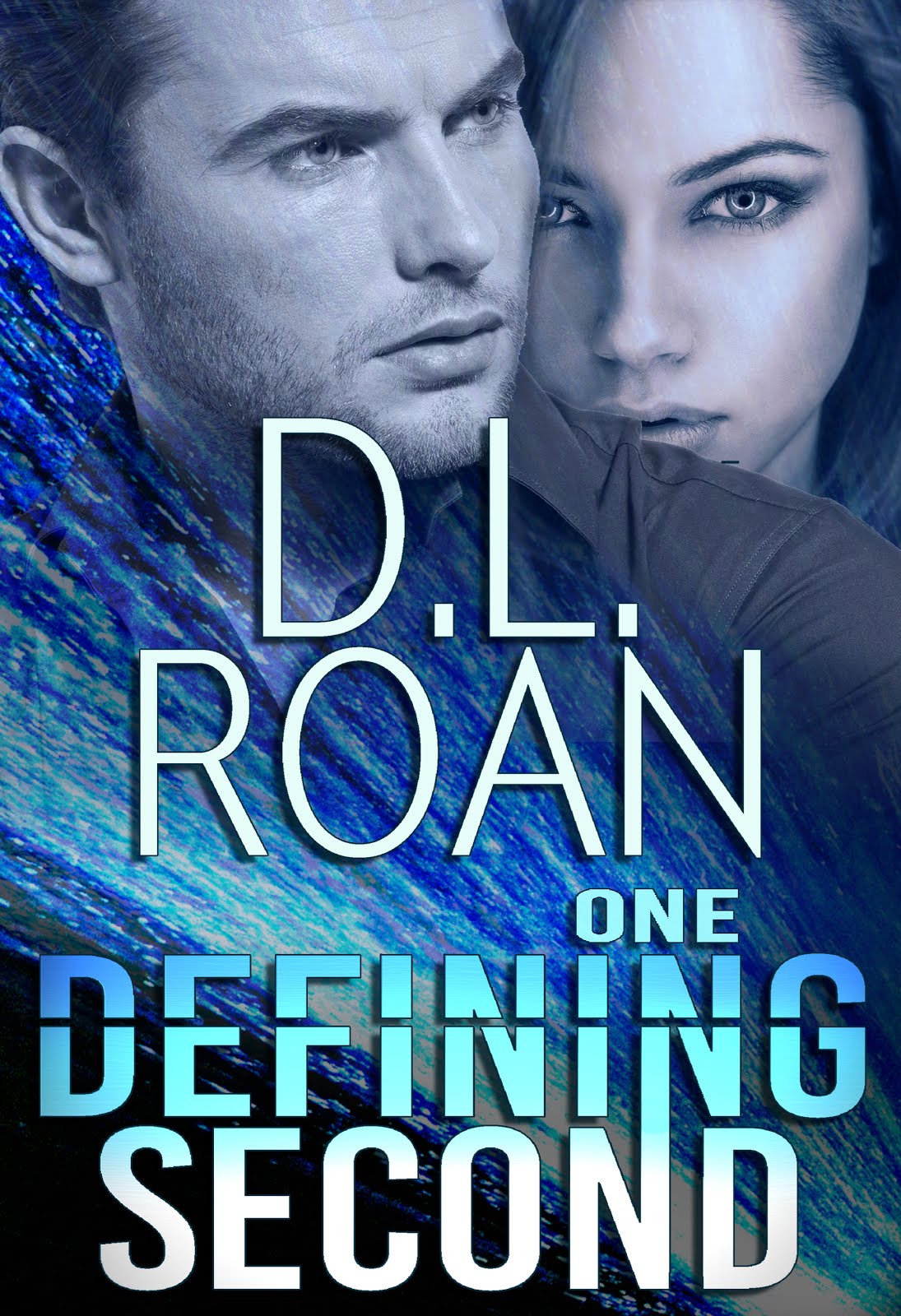 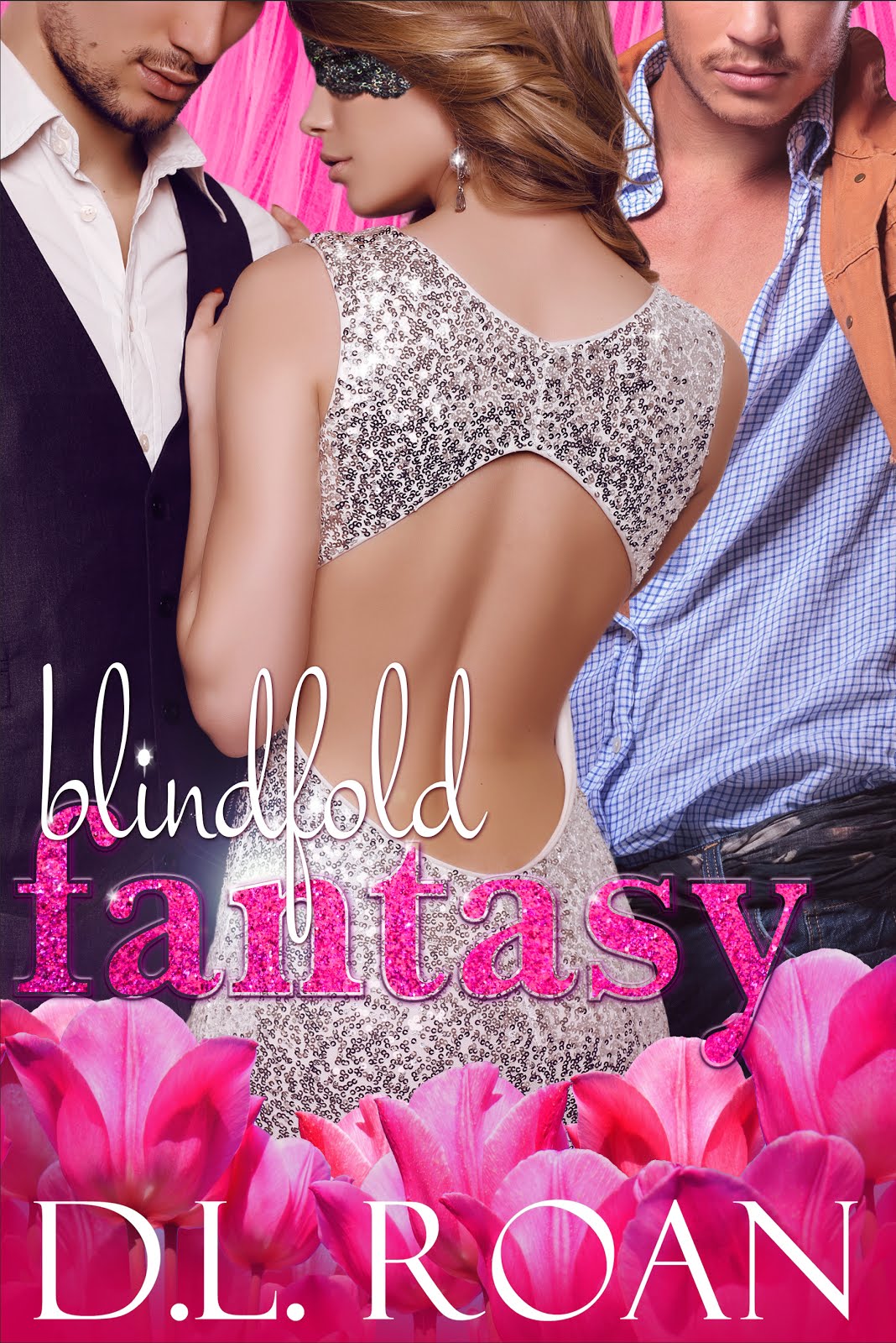 It's In The Past